However, the Contract provided for a very broad indemnity provision:

The Contractor shall indemnify, defend, keep and hold harmless the Public Entity, its agents, agaisnt all injuries, losses, claims, suits, costs, and expenses which may accrue agaisnt the Public Entity as a consequence of granting the Contract.

While Illinois law, the Construction Contract Indemnification for Negligence Act, prevents a contractor from being liable for another person’s negligence, this only pertains to negligence claims, not to contract damages.  The Court opined that the failing to obtain a payment bond could be considered a breach of the contract, not negligence.

• narrowing the types of claims that can be asserted;

• the amount of damages that a contractor can be liable for;

• the parties that the Contractor has to indemnify; or 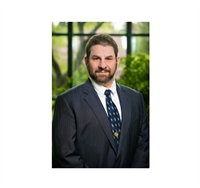